HomeBlogWriting Tips5 Top Tips on Creativity from the Most Creative People

5 Top Tips on Creativity from the Most Creative People 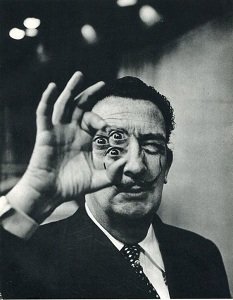 Creativity is often considered to be an almost mystical quality that you either have or don’t have. If you are born without it, try all you like but you are not going to acquire it. However, as it turns out, most famous artists don’t share this view. For them creativity is a trainable skill, and most of them have specific techniques to improve it. Let’s take a look at some of them.

For Pablo Picasso, ideas were merely starting points for this or that piece of work, easily replaceable if necessary. As a result, he was most interested in working without having an idea about what he was doing: when facing a blank canvas, he simply started working without being restricted or defined by any preliminary thoughts, and ideas came as he went along.

Henri Matisse believed that inspiration wasn’t a divine gift or talent. It was a good friend, but a friend who only dropped by occasionally and only when you were already hard at work. According to Matisse, most people get it wrong: you are not supposed to wait for inspiration to start working. It is inspiration that waits for you.

3. Salvador Dali: Look into Your Dreams

Salvador Dali often looked for inspiration in his dreams, or, more precisely, in hypnagogia – a transitional state between wakefulness and sleep, often accompanied with hallucinations. Normally we forget our experiences in hypnagogic state unless we jerk back to wakefulness – and Salvador Dali invented his own method to do so with certainty. He went to sleep in a comfortable armchair while holding a heavy key in his hand over a metal plate – when he drifted off to sleep, the key fell down and its loud clang brought Dali back to consciousness with full memory of his hypnagogic hallucinations.

Leonardo da Vinci was not only genius, but also mind-bogglingly perfectionistic. He could work for days on one minute detail neglecting the rest of the project. The fact that he managed to do so much with his life with this mindset can be attributed to his practice of polyphasic sleep: most of his life he took short naps every four hours, for a total of about two hours of sleep per day. Although it may be a bit over the top for most people, there is evidence that milder variants of polyphasic sleep can boost creativity and alertness.

5. Christopher Williams: Don’t Be in a Hurry

Modern photographer Christopher Williams believes that it is very important to let ideas develop at their own pace. All too often young artists feel that they are pressed for time and have to achieve success right now, immediately. If they don’t do it now, they are never going to do so, they are going to be failures. In reality, it is a long process, and letting ideas develop slowly often benefits them.

If you want to boost your creativity but have no idea how, you should definitely try these tips from the most creative people in the world. Who knows, maybe napping every four hours or starting from a blank canvas is really your cup of tea.

←&nbsp6 Essay Writing Apps That Will Make You an Academic Pro Why Do You Need to Develop Your Writing Skills Anyway? →