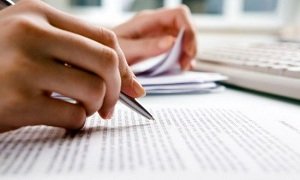 Whatever some grammarians may say, language is not a set of rules that is cast in stone that should be retained in unchanging condition at any cost. Language is a living entity and its development is influenced by thousands of internal and external factors, and no matter how much you try to make it stay the same, it will do as it pleases. Therefore, in today’s English there are many good old grammar rules rules that either have been artificial from the start or have lost their relevance. Let’s take a look at some of them.

One of the most popular targets of self-professed grammar Nazis. The idea behind the rule is that infinitive consists of a preposition and a verb, and to separate them means splitting the whole.

For hundreds of years it was considered completely alright to use double negatives – if we consider it wrong, than we will have to do a lot of editing to bring Chaucer and Shakespeare up to our lofty standards. The rule prohibiting its use was only introduced in the 18th century, and following it would deprive us of such a beautiful and utterly English construction as “I don’t dislike it”.

Prepositions at the Sentence End

Again, the rule that sentences shouldn’t end with prepositions didn’t exist until 18th century – it was introduced by a clergyman named Robert Lowth, whom we can also thank for the Double Negative rule. Nevertheless, English literature before and since is full of sentences ending with prepositions, and there is no logical reasons why it shouldn’t.

Starting Sentences with Conjunctions (and, or, but)

There is no logical reason why sentences shouldn’t start with these perfectly innocent words – however, this rule has been stringently enforced by a number of teachers for decades. Again, what we see here is more a matter of style than that of grammar. People have been happily using ands and buts to start sentences for a thousand years, paying no heed to the alleged rules. Just don’t use it in every other sentence, and it will be alright.

Lets’ face it – there is a Latin word ”datum” with a plural form “data”, and there is an English word “data” borrowed from Latin and Anglicized, with “data” being both singular and plural. It’s not that there are no other examples, like agenda or insignia. After all, when was the last time you’ve heard somebody use “datum” in actual speech?

Language is an entity that develops independently of our wishes. It is, of course, helpful to have a standard at every given moment, but it will inevitably change over time – and trying to impose old grammar rules on it is an exercise in futility.