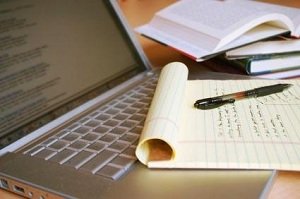 Academic writing isn’t simply writing on academic topics – it is a complex system with its own set of rules. Some of them may be self-evident, others not so much. Nevertheless, breaking or ignoring them will drastically decrease your prospects of getting a good grade and, consequently, doing well at college.

There are a lot of tricks and peculiarities about academic writing – some will be simply frowned upon but will hardly be punished, while others may cost you trouble; so let’s talk about them.

Colloquial speech is absolutely out of the question in academic writing. Although it is supposed to go without saying, you would be surprised to find out how many students introduce colloquial words, structures and sometimes even slang into their academic assignment and get really surprised when they find out that it is the reason why they got a poor grade.

However, sometimes we use colloquial speech without fully realizing it – after all, it is the way we normally communicate with each other, and expressions of this kind can easily slip into our academic assignments. Which means that you should keep your eye skinned (which is, by the way, a turn of speech you certainly should never use in academic texts), carefully reread your writing and eliminate everything that seems to be even remotely out of place.

2. Adverbs at the Beginning or End of Sentences

This one is easy to follow, for it is purely technical. In everyday speech we usually place adverbs either at the beginning or end of sentences. In academic writing you should place them within verb groups, e.g., “The task may now be completed” instead of “Now the task may be completed”. There is no real reason to do so, it is just the way things are done in academic writing, so remember it and check your sentences after writing.

A rhetorical question is an excellent way to relate directly to the reader, to attract his attention – unfortunately, academic writing doesn’t hold them in great esteem. They are considered to be misleading and, therefore, harmful for understanding the intended meaning of the text. Most writing manuals suggest that you use clear and straightforward statements instead.

Run-on expressions are ‘and so on’, ‘and so forth’, ‘etc.’, ‘and the like’… and so on. They are also considered a bad form in academic writing, so it is advisable to avoid them whenever possible. If the sentence cannot be completed elegantly without resorting to one of them, it is better to rephrase it entirely; however, if there is absolutely no way around, go ahead – just don’t put them into every second sentence.

These five rules are, of course, not all things you should remember when dealing with academic writing, but if you follow them you will already greatly increase your chances of success.